Out of the Woods 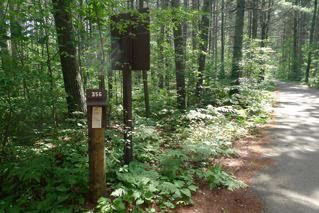 I have just returned from a camping trip in the Northwoods of Wisconsin. The kernels that would germinate into Manny Tippitoes began roughly a year ago at a state park in south-central Wisconsin. Stories can begin and be elaborated around a campfire. In my case, someone was persistent enough to encourage me to put my stories down on paper.
This past weekend I was struck by the irony that the storytelling I began in a wilderness setting (okay, not complete wilderness but you get the point) has a decidedly urban tone. Manny Tippitoes, by and large, is an urban character. He interacts with people in a big, unnamed city that resembles in part New York City, Chicago and New Orleans. The only remotely rural settings are in the narrator's brief trip to see a retired colleague in a small town "up north" and the Tippitoes Family Estate, which is a caricature of a Victorian country home more than anything else.
Posted by Bruce Adams at 2:22 PM